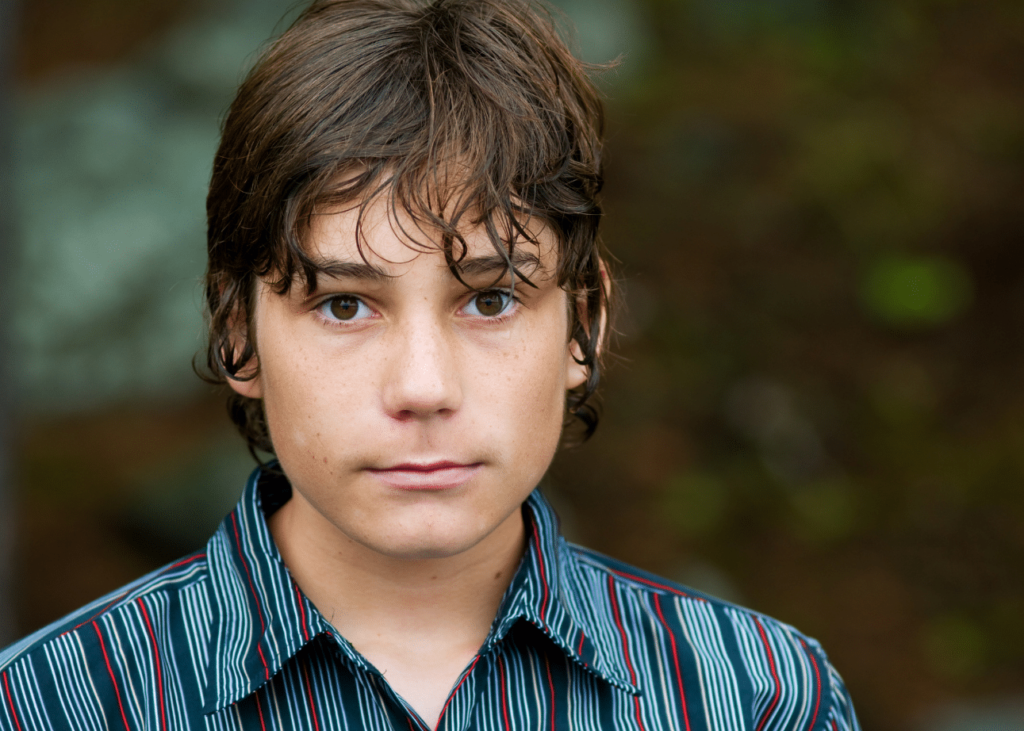 Seth* had a tough beginning in life. His mother was not someone who could be trusted or relied upon. Because of her own struggles with drug abuse and mental health, she couldn’t provide the very basics of care for Seth. As a young child, Seth was raised, off and on, by his grandparents. However, when they passed away, he was forced to return to his mother’s care.

Frightened and alone, doing what he could to survive without any support at home, Seth found himself in a downward spiral.

That’s when he arrived at the Shelter. When Seth walked through the doors of the Shelter, he was scared, angry and withdrawn. He kept his hood up and wasn’t comfortable with eye contact, personal communication or any acts of love or affection.

He wasn’t used to being surrounded by adults focused on meeting his needs. He had raised himself for most of his life. Within the safety of the Shelter, he had to learn how to trust.

While at the Shelter, Seth was able to recover his high school credits and graduate on schedule. He learned many new life skills, such as laundry, cooking, cleaning and money management. He is currently living independently, enjoying a new job and looking forward to starting college in the spring. His future is much brighter because of the care he received at the Northwest Arkansas Children’s Shelter.

Recently, we had an intelligent, hard-working young man in our care. His name was Demonte* and he was 15 years old. One day, he got upset in class and took off out of the building like he was planning to run away. This is not an uncommon reaction from the children in our care. Many […]

Recently, we had an intelligent, hard-working young man in our care. His name was Demonte* and he was 15 years old. One day, he got upset in class and took off out of the building like he was planning to run away. This is not an uncommon reaction from the children in our care. Many have been taught that their only two options, when circumstances are beyond their control, are fight or flight. This time, Demonte chose flight.
Lisa, one of our amazing Youth Care Specialists, followed after him and was calling out his name to stop him from walking away. Finally, he did stop and Lisa was able to convince him to return. Later that afternoon, when he was talking through what had happened, he said, “When I heard Mrs. Lisa saying my name, it made me realize that no one in my family or in my life would ever have cared if I ran away. The only reason I stopped is because I knew Mrs. Lisa must care about me because she came after me.”
This is just one story, among hundreds each year, that shows how much our youth care staff impact the children in our care – every day. It is an honor to be here for these kids when they need us the most.
*name and image changed to protect privacy

I went to the on-site school which I liked because it gave me one-on-one time and that’s what I needed to help get my grades up and catch up on all my credits so I can graduate. I would like to thank all of the staff at the Shelter for making me and my son feel safe and taken care of.

I’m so glad that I got to spend my 12th birthday here at the Shelter. It was truly the best!

For DCFS use only

If you are interested in a rewarding job providing a safe haven and loving care to the most vulnerable children in our community, apply today!